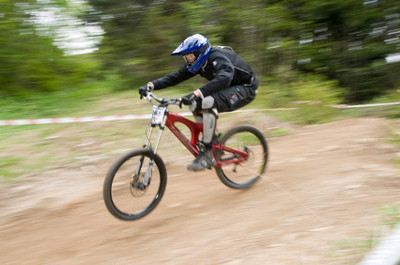 GoPro has recently come on the market with its own software solution - the GoPro Studio software. What is even more exciting now is the question of what you can do with this software, what it is really good for and what ProDRENALIN from proDAD provides beyond that.

GoPro Studio Edit and ProDRENALIN: Which software is suitable for what?

We present a typical scenario: Want to show your action cam videos to your friends and relatives, but they lack the final touch? Ultimately, your filmed adventure should take your friends' breath away and perfectly playback impressive moments. So far, GoPro has left you alone with the video post-editing, but now there is the free GoPro Edit Studio software on the market that enables basic video management. However, this does not help if you would like to optimise your videos or would like to remove errors such as camera shaking that arose during recording.

For a long time, ProDRENALIN has offered software that allows you to add the final touch to your adventure film so that you can knock your friends off their feet.

With the complicated GoPro Studio software, you can really only manage and roughly edit your videos. You can cut your film into individual clips and reassemble these again. In addition, you can even add titles, music or audio tracks. GoPro Studio thus provides video management with few editing functions, which, however, are very confusing to operate here and offer results that may beof the most interest for beginners.

For ambitious action cam film makers and semi-professional users, however, these options are often not enough. If you care about quality and expressive video, you absolutely should see ProDRENALIN from proDAD. ProDRENALIN opens the world of professional action films to you. Your clips are so much more than just "standard". ProDERENALIN offers all the functions for turning a simple clip into a professional film that will not only dazzle your viewers. Your friends and colleagues will be impressed!

The operationof ProDRENALIN is significantly simpler and faster than the GoPro Studio software, which, if anything, is video management. ProDRENALIN takes you to the result in a few steps and provides ready-made profiles for all current action cams. Recordings can thus be further processed directly - the appropriate parameters for your action cam already exist.

The main functions of ProDRENALIN are professional image stabilisation during sports videos or aerial recording, often filmed with drones. ProDRENALIN offers you the option to "un-shake" your action videos and stabilise the image. Because many videos are recorded on the road and are thus blurred and out of focus due to vibrations and rapid movement. Thanks to the image post-stabilising, ProDRENALIN guarantees you a pleasant viewing experience. Similarly, the rolling shutter effect, which is triggered by sudden movement or pans, can be removed.

In addition, you can even remove the action cam's typical fish-eye effect and achieve first class image quality in broadband wide angle format without any perspective distortion. With the horizontal straightening and almost totally smooth playback, your video becomes a real experience.

The GoPro Studio software is useful for basic video management and beginners in video editing because it covers some editing functions. However, the software is confusing and if you want to create first class, jitter-free films, would like to remove the fish-eye effect, seek professional image correction, or want professional looking image correction, then you should get ProDRENALIN.